Bold and spicy, this shakshuka is a cozy, satisfying, and flavor-packed dish perfect for breakfast or brunch!

Shakshuka, as most of us know it today, is eggs poached in a spiced, tomato-based stew served with some type of bread for dipping. Shakshuka is thought to have originated in the Ottoman Empire (most likely in what is now Tunisia or Libya) where it was made with minced meat and vegetables. While it is difficult to pin down exactly where shakshuka comes from, what is clear is how the dish garnered popularity across North Africa and the Middle East, with different versions popping up across regions and populations. You can read more about the history of shakshuka here.

The shakshuka commonly found on brunch menus today features tomatoes, cumin, paprika, garlic, peppers, onion, and eggs with rich, runny yolks. Additions like feta, chorizo, and eggplant are also common. It is a humble, nutritious, and super comforting dish that continues to gain popularity around the world.

Making shakshuka is very easy, meaning you reap major rewards in taste for little effort. The whole thing is made in one pan in about 25 minutes. In my version, I use both fresh and canned tomatoes. Summer means the best tomatoes are available, so it is a great time to take advantage and use some fresh ones in this dish. The canned tomatoes, on the other hand, add a richer and more deep tomato flavor to the dish. The contrast is lovely!

While harissa, zhug, and good ole’ crushed red pepper flakes are common ways to make shakshuka spicy, I opted for the non-traditional addition of jalapeño. I like using jalapeño here because they are an accessible ingredient that I seem to always have on hand. Also, you can customize the heat level by adjusting how much seeds and veins you add. I also love how the flavor the jalapeño pairs with the bell pepper. Because I wanted this shakshuka to be heat forward – there is also a hefty pinch of red pepper flakes included.

To me, a generously seasoned shakshuka is the only way to shakshuka. The spices make it exciting! And using a base of tomatoes, onions, and peppers means the dish can handle a lot of flavor. This recipe uses a lot of garlic, paprika, cumin, and coriander. I also add cinnamon powder – which I highly recommend! I have used it prior in savory Moroccan recipes and it really is a revelation. The cinnamon compliments and enhances the natural sweetness of the tomatoes, but adds a lot of warmth to the flavors of this shakshuka. While not traditional, I recommend giving the bit of cinnamon a try! And don’t worry, there is just a touch so it does not overwhelm or dominate the other flavors.

One of the delightful things about shakshuka is you can prep the tomato stew ahead of time. It will keep refrigerated for 3 days and can be frozen for longer-term storage. The recipe below is for 2 servings but it can also be halved to make a single serving. I have definitely made plenty of single servings of this shakshuka – even on busy mornings as it is so do-able and so damn satisfying! 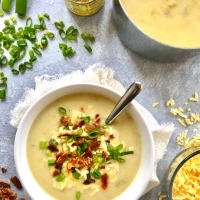 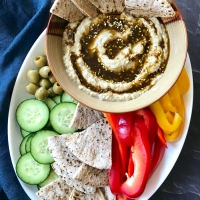